We teach, and learn from, our outstanding students and we are committed to creating a real world connected classroom experience. As they begin to make their way in the world we wish for ours students to reflect on where the world has been and the remarkable stories it has to tell. The faculty is very fortunate to have exceptional teachers who are dedicated Historians. We teach on a wide variety of time periods and national or regional settings, with particular strengths in Australian, European, and Asian histories.

History is a disciplined process of inquiry into the past that helps to explain how people, events and forces from the past have shaped our world. It allows students to locate and understand themselves and others on the continuum of human experience up to the present. History provides opportunities for students to explore human actions and achievements in a range of historical contexts. Students become aware that history is all around us and that historical information may be drawn from the physical remains of the past as well as written, visual and oral sources of evidence.

You'll find most answers to your questions below, but often it's better to get in touch with myself directly. I am always keen to talk to you,

Bachelor of Teaching in Secondary Education,

Subjects offered and areas of focus

We are committed to students immersing themselves in archology through our archaeological dig and our collection of artefacts relevant to the time periods being studied.

The focus in year nine is to develop skills and techniques to be a successful historian. Students are guided to see cause and effect between historical events, to see the role of evidence in establish truth and contestability, the continuity and change of values, the significance of multiple perspectives to an event and how a greater understanding of the experiences of people can help to develop empathy.

During year ten History students will be encouraged to develop a love of lifelong learning. See value in understanding the experiences of others and to see the colorations in their lives today. A major focus of the Year ten unit is the Project Based Learning Unit where students take ownership of their learning and the direction of their interest. Students are empowered to follow their interests and to value their learning journey.

Due to our commitment to teach students content that is relevant to their lives and is of particular interest to them the units taught are subject to consistent review and reflection.

If you would like more information on the areas of study please contact Ms Katryce Nealon, Head Teacher History.

Students who undertake elective history will develop the following skills and values:

International Studies provides students with an opportunity to explore and recognise their own cultures, and appreciate the richness of multicultural Australia and the world. As Australia is part of the Asia-Pacific region, the course lends itself to an emphasis on, but is not limited to, this region. They gain knowledge of different cultural practices, values, beliefs and heritages to form a broader world-view. They gain the skills to recognise fact, detect bias and challenge stereotypes by exploring cultural difference and interconnectedness. This enables them to understand and value inclusion, and to respect the rights of others. Students learn to conceptualise and explore interrelationships and empathise with others at a local, national, regional and global level.

The study of Ancient History engages students in an investigation of life in early societies based on the analysis and interpretation of physical and written remains. It offers students the opportunity to investigate the possible motivations and actions of individuals and groups, and how they shaped the political, social, economic and cultural landscapes of the ancient world. Ancient History stimulates students' curiosity and imagination and enriches their appreciation of humanity by introducing them to a range of cultures and beliefs as well as to the origins and influences of ideas, values and behaviours that are still relevant in the modern world.

The study of Modern History engages students in an investigation of the forces that have shaped the world, based on the analysis and interpretation of sources. It offers students the opportunity to investigate the possible motivations and actions of individuals and groups, and how they have shaped the world politically, culturally, economically and socially. Modern History stimulates students' curiosity and imagination, and enriches their appreciation of humanity by introducing them to a range of historical developments and experiences that have defined the modern world.

The central goal of Society and Culture is the development of social and cultural literacy and a clear understanding of the interaction of persons, societies, cultures, environments and time. The influence of other aspects of societies and cultures – including power, authority, identity, gender, technologies and globalisation – is also central to the course. Society and Culture draws on cross-disciplinary concepts and social research methods from anthropology; communication; cultural and media studies; philosophy; social psychology; and sociology.

Aboriginal Studies is designed to foster intellectual, social and moral development by enabling students to think critically about the historical and contemporary experiences of Aboriginal peoples. Through this study students will develop a heightened understanding and appreciation of the concepts of social justice and shared histories, and will critically examine their role as active and informed citizens.

The Castle Hill High School History department are committed to fostering a sense of curiosity in our students. We want them to see ideas in action that is, how ideas and ideals were developed, challenged, lived with in particular situations.

It is for that reason that each year level undertakes a fieldwork excursion each year.

This year it will include 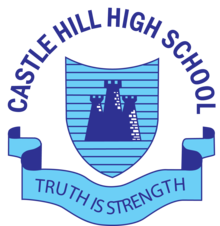